As Bihar gears up for the upcoming Assembly elections, the residents of 108 tribal villages of the Kaimur plateau have announced a boycott of the polls.

The boycott comes in protest of an alleged police crackdown when the tribals were protesting against the declaration of the area as a tiger reserve.

A fact-finding report stated that a person was killed by a police bullet. 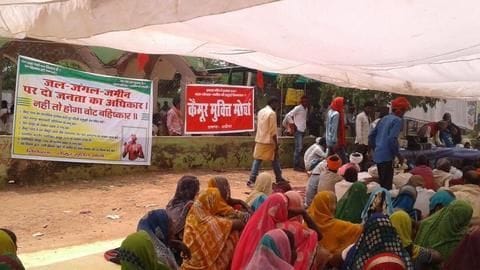 The Kaimur Mukti Morcha (KMM), which had led the protests, has asked the government to declare Kaimur as a scheduled area as per the Fifth Schedule of the Constitution.

The creation of a tiger reserve in the area must be done only after the consent of the gram sabhas and the approval of the tribal population, the organization has said. The team found that on September 10, thousands of adivasis (including children) from 108 villages gathered at Adhaura’s forest department office.

The protest started peacefully at the Birsa Munda Smarak Sthal, however, the police “unleashed a crackdown,” the report stated.

Seven activists were allegedly fired upon, baton-charged, and picked up by the police on trumped-up charges. They were released on bail on October 16…Read more>>

How to stop websites from monitoring your personal data? Follow these steps