Schools insist on child’s Aadhaar for admission: How to enroll, update biometric

The process of getting an Aadhaar for a child is quite similar to that of an adult getting an Aadhaar. Parents can visit the nearest Aadhaar care centre along with the child and fill up the form. For children below 5 years no biometrics will be captured. Their UID be processed on the basis of demographic information and facial photograph linked with the UID of their parents.

But if your child is above 5 years of age, her own biometrics will be captured for her Aadhaar.

How to update child’s biometric in Aadhaar?

Every child will need to update his or her biometrics of ten fingers, iris and facial photograph, when s/he turns 5 and 15. Intimation to this effect will be mentioned in the original Aadhaar letter.

The updation will be done free of cost. 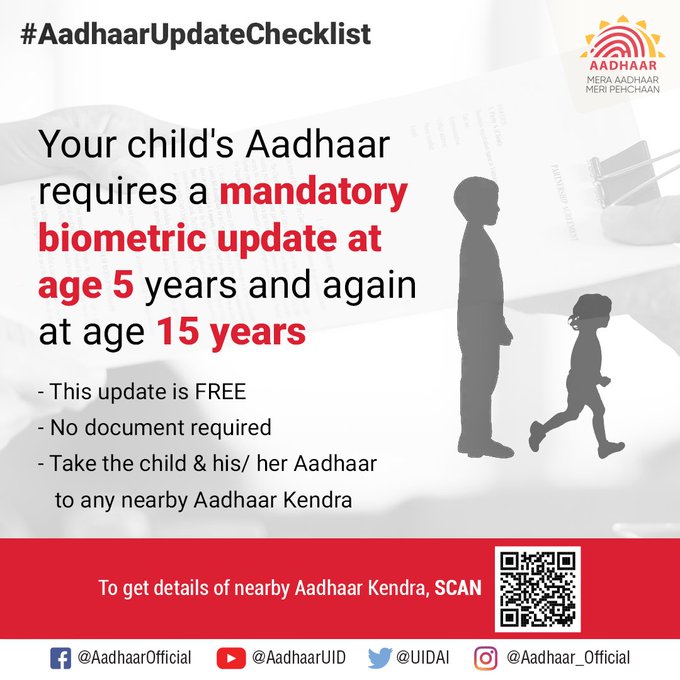 Which documents are required to to apply for a child’s Aadhaar?

Google Photos: How to download and export photos, videos to your PC

YouTube to use ML to automatically generate video chapters